Skip to content
Before my parents put a pool in the backyard of the house I grew up in, there was a peony in the yard. I think the flowers were dark red. It was memorable for being a plant that emerged from the dead dirt like a miracle, and most especially because of the large black ants that were to be found crawling all over the buds.
I have read that if you want ant-free peonies, you can cut them when the buds are “marshmallow soft.” You brush off the ants outside and can let them bloom inside in a vase.  The ants are irrelevant and do not facilitate the blooming; they are simply tasting the sugar on the flowers.
Ants were part of my childhood. Our house had the small kind of black ant, the ones that would find a bit of food on the counter and march in a dense line to dismantle it and carry home the crumbs. I watched them often. Despite being afraid of many interesting things as a child (my grandparents, bees, throwing and catching, swimming, dogs, crows), I have no specific memory of being afraid of ants. My younger brother would lie on the pavement on his belly and squish them with his finger, saying, “Gee-um! Gee-um!” I can also recall a couple of experiments on ant hills involving water or hot wax, but I wielded no magnifying glass on them.

As an adult, I take a keen interest in most of the things I was fearful of as a child (my grandparents, bees, dogs, crows), and I can recommend a book about ants that I read a number of years ago called, “The EarthDwellers: Adventures in the Land of Ants,” by Erich Hoyt. Ants, like bees and termites, live in colonies which function as a single organism.
As for peonies, they are always blooming on my birthday in early June, and in the past I always asked for some. A few years back, Schwartzdeveloped a taste for the peony petals and heartily consumed a number of them. This produced in the cat some projectile vomiting of a surprisingly violent and comical nature. After I did some superficial research online, I was able to find peonies listed as “toxic to cats” on an ASPCA web site and “mildly toxic to cats” in most other forums. I also observed that there are other resources that consider red peony root to be a traditional herbal remedy for people for “clearing the blood.”
Today is my birthday, but it is also the anniversary of the massacre of Chinese citizens in Tiananmen Square.   The powers that be in China seem to believe that censoring the Internet by banning search terms will contain or erase or alter the memories of its people. The Shanghai Composite Index managed to provide its own random reminder by closing down by 64.89 points and so had to be added to the list of banned terms.
Of course, peonies are said to have magical properties, containing nymphs inside their petals which escape when they bloom. Everyone knows that the peony nymphs are freed to call to the snapping turtles to tell them to come to shore and lay their eggs, but perhaps they also wish to promote democracy for the 1.2 billion people who live in China.

Today is the 18th birthday of one of my biggest fans. He laughs at most of my worst jokes, loves most of my cooking and almost everything I write, and he gives really nice hugs when I’m sad.  The nine months I was pregnant with him we lived near the beach in a house with spiders and ants, and I could go to town in my pajamas and be the best-dressed person at the Post Office. Many days it was foggy, but you could hear the surf when the wind was right. 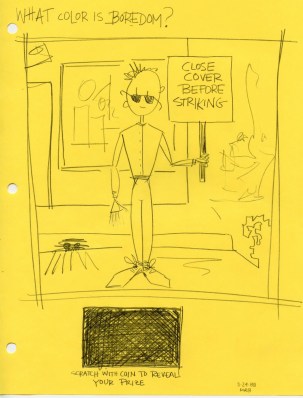