Skip to content
Where I stayed: the venerated art-deco icon Waldorf Astoria. On Park Avenue at 48th Street in Manhattan. 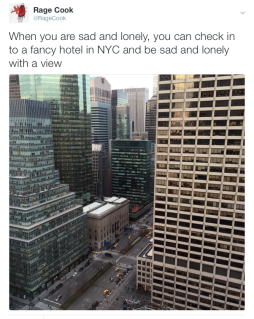 What I did beforehand: baked and didn’t burn the bread, riding lesson,  shower, dog walk, drove to town, dragged a wheelie bag along the freshly salted sidewalks, made the train with seconds to spare. 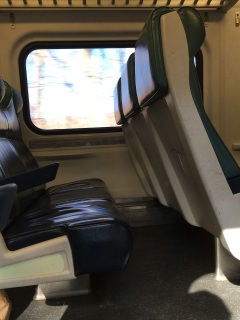 What I wore: James jeans, black shirt, gray cardigan, Danner hiking boots, big parka, antique earrings that I broke when I took them off. 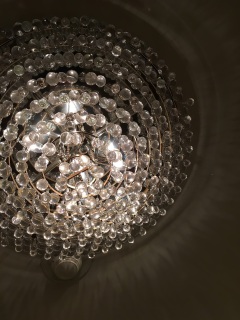 Who went with me: the Bacon Provider (see photo, top)
How I got there: walked up the Northwest Passage from Grand Central, taking two elevators up, one down, and a huge flight of stairs. 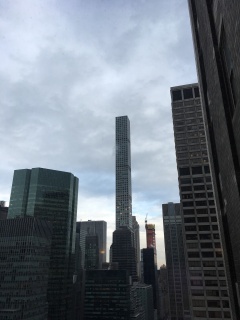 Why I stayed here: the Bacon Provider had an action-packed schedule in the city this week, with meetings starting at 7:45 a.m. and lasting until after dinner.
Where I slept: here. 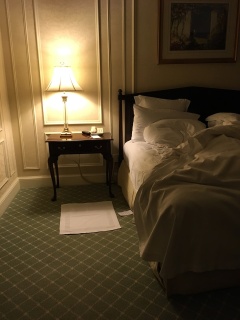 Things that were sad: the carpets are tired and stained. The lobby is poorly lit. Once, this was my father’s favorite high-end hotel in New York. I stayed here with him on the college visiting trip he took me on in 1980. We ate dinner in the hotel and there was a woman in a gown playing the harp. It had never occurred to me that anyone other than cartoon angels and Harpo Marx actually played the instrument before. Also, people looked at my dad and I kind of funny, not like we were a dad and his college-bound kid, but like he was a creepy 40 year old, and I his jail-bait girlfriend. 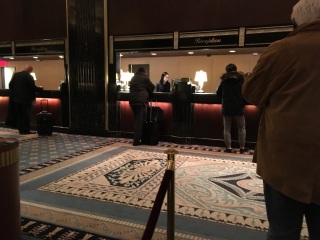 Things that were funny: paying $25 for a champagne cocktail, and even ordering a second one. 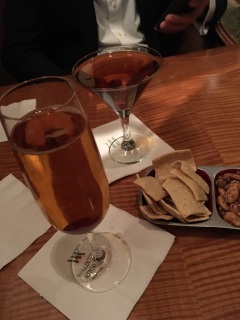 Things that were not funny: the serious guy carrying his fancy poodle to breakfast in a suitcase; the lack of outlets; finding a charge for a $36 shoe-shine on our bill at checkout. The Bacon Provider is extraordinarily particular about caring for his shoes, takes great pride in doing it himself, had no such shoe shine (which I knew without asking him), and when I disputed the charge the receptionist did not believe me, said that a charge like that could only appear on the bill with a manager’s approval, and did not remove it, despite telling me that she would. 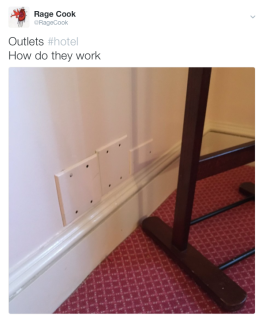 Something I ate: continental breakfast 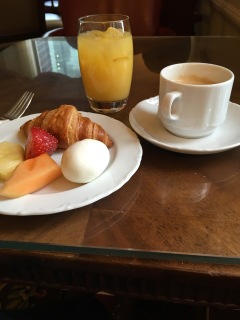 What it is: a fine, old, fancy hotel that will close in a few weeks for remodeling; most rooms are expected to become condos. The hotel was purchased for almost $2B by a Chinese insurance company.
Who should see it: anyone who wants to reminisce about what seemed like classy, old-money luxury in the 1980s. Hurry.
What I saw on the way home: the bright winter sunlight made me carsick on the train. Or maybe I was just hungover. When’s the next election?