Skip to content
Sunday morning we woke up to snow. It had rained quite hard the night before, and a cold front came in during the night. If there had been snow in the forecast, I missed that news. Anyway, it was not the usual snow of a New York winter, but the heavy, wet, out of season stuff. 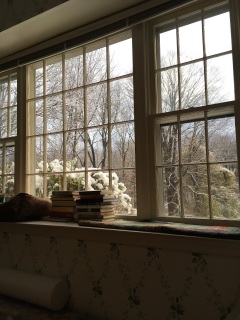 What I saw: I was walking to work in the winter of 2008. We lived in Seattle then. I had a paying job and neighbors I knew. A different life.

I also took a real horseback selfie today in the snow pic.twitter.com/hLrUMyc8YT

What I did beforehand: got up, got dressed, got the dogs squared away, got my kids up, did some get-ready-for-school yelling, made my lunch, complained that it wasn’t a snow day, decided whether the walk to school in the slushy snow was going to ruin my boots. The snow hadn’t stuck to the pavement.

It snowed last night: the wet, heavy kind that sticks to trees. This morning, in dazzling sun, the wind rises & returns the snow to the air.

What I wore: tights and boots and a wool skirt. The school had a strict dress code for students. I would have just as soon worn jeans every day, but jeans were only allowed on Fridays, except when there was mass. Mass days were dress-up days. I had a heavy bag full of grading and a sack lunch.

Who went with me: I walked alone to school—alone with my resentment about the disconnect between my salary and the preparation and challenge of the job.

My headache says the snow is falling the wrong way 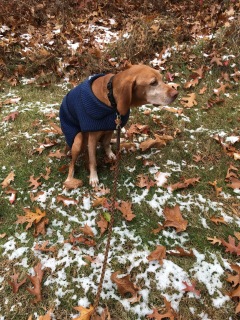 Woken by a child puttering in the kitchen. When do they sleep? Also, why did it snow?

Something I ate: sweetened iced-tea, a non-fat peach yogurt, a banana and a granola bar that I brought from home, but what I really wanted was a ham sandwich with a lot of mustard on Jewish rye bread, chips, a pickle, and a Coke. Every day when I ate my lunch, lunch-eating-me resented the hell out of lunch-making-me.

Everyone everywhere thinks they are the only people who know how to drive in rain or snow.

What it is: a harmless prank, committed without forethought, calls for a commensurate reply. Before we moved I used to think about bringing this neighbor a supply of snow from the mountains, which is something you can do in the spring in Seattle, where the mountains are a little over an hour away. Another idea I had involved planting something unexpected in his garden. I never did anything. 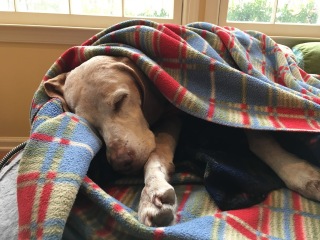 Who should see it: they do say revenge is best served cold, but this one will have to go up to the universe as another un-righted wrong.