Skip to content
What I did: flew to Florida to get a car and drove it home to Bedhead Hills, New York.

And so begins our adventure pic.twitter.com/JXxym92BMD

What I did beforehand: JetBlue from LaGuardia–just one of New York City’s three perfectly terrible airports.

Who went with me: the Bacon Provider.

What I wore: James jeans and orange Pumas.

My mother-in-law’s dog is skeptical as fuck pic.twitter.com/LEUhft8hAj

Why I went: there are things you will do for some people that you might not be willing to do for anyone else.

MY HUSBAND IS SHOWING TWITTER TO HIS MOTHER STOP HIM

Things that were delicious: we stopped for barbecue near Savannah, Georgia. 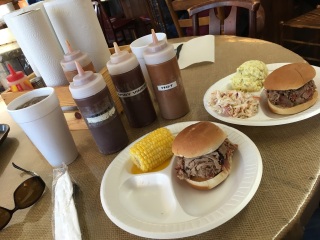 Things that were sad: when we were 100 miles from anywhere, deep in South Carolina, I looked at one of the three oil gauges to see the needle in the red. The car has separate gauges for oil level, oil temperature, and oil pressure. The gauge indicating badness, we determined, was the oil level gauge. A quick check using the dipstick contradicted the gauge. But it also revealed that a rather large hole had opened in a hose. 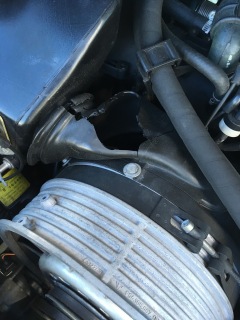 Things that were funny: we tried two kinds of tape but neither stuck.

“I think we stop when it stops running or catches fire.”

Things that were awesome: we stopped at the almost-halfway point, in North Carolina, at K. & B.’s. They hosted a little kid birthday party that day, and already had other houseguests, and did not hesitate to say we could stay the night. They even waited to start dinner until they knew we’d be in time. Good thing I brought homemade gifts. 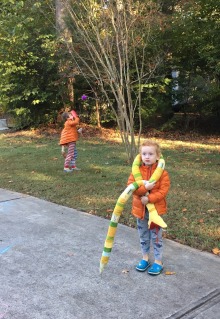 Who should see it: people who love to drive and don’t mind going without cup-holders. 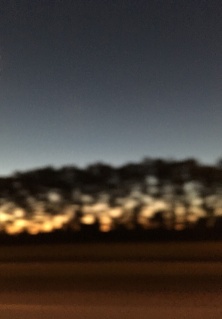 What I saw on the way home:

In time to order pizza

Dreamed about putting rescued sea turtles back in the sea

1 thought on “I ran an errand”